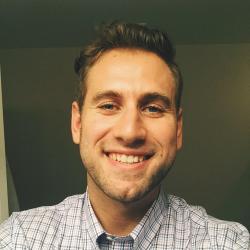 Worthless to Worthy of Praise. Hopeless to Givers of Hope.

Have you ever thought someone was completely worthless?

So worthless that they shouldn’t even be able to live anymore?

Perhaps someone wronged you…

Perhaps they wronged you again and again – abusing your forgiveness…

Does this ring a bell for you? Good. This message is for you – for me too.

The message I’m referring to is one we see in the Bible in several places. The first time we see this message is in Exodus 32.

The people of Israel continually turned their backs on God – even after He flexed His muscles in one of the most epic rescue stories in human history (removing Israel from slavery in Egypt).

Understandably, God was beginning to lose hope in His chosen people. They had become “worthless” in the fulfillment of His promise to Abraham and His plan of restoring the world. They were dead weight.

God was clearly frustrated. He even told Moses, “These people are stiff necked, I should just wipe them off the face of the earth and start over again.”

Remember, God already hit the reset button during the flood.

Why does God not hit the reset button again? I’m convinced it’s because He saw a better, more effective option.

Check out what happens next in the story…

After God tells Moses he should just hit the reset button again, Moses responds and basically says, “Don’t you get it? Your great power and mighty hand is shown the best when you use the least likely people. If you change your plans and give up on them now, people will question your original motives for saving them in the first place. They’ll question your character and your faithfulness to your promise.”

God’s power is seen most clearly when He uses people we least expect Him to use.

Why is this true? How does this help us see God’s power?

It’s because when He uses those people to accomplish amazing things, there’s no other explanation for how it could have been accomplished.

The only explanation is…God.

In other words, by us being aware of how “lowly” someone is, and then seeing how much they were able to accomplish, we can be sure it definitely was not because that person was someone amazing – who we’d expect to be able to do something amazing.

By using the weak and lowly, God is able to reveal His power and majesty in a unique way.

When I read Exodus 32, I get the impression that God was frustrated and thought the people of Israel were worthless and hopeless.

But it’s in this very story, and several others in the Bible (for example, Paul the Apostle), we see how God has a special purpose and plan for the “worthless person.”

The next time I feel someone is completely worthless and wish that person would be wiped from existence, I pray I would remember this message.

I pray I would be able to see these people through God’s eyes – for He knows the potential power these “worthless” people have in drawing lost people to the truth.